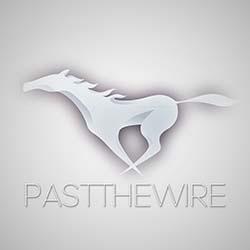 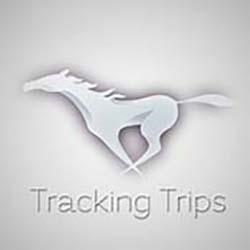 It’s an exciting time of year in the Sport of Kings. The final Kentucky Derby preps are upon us. The Run for the Roses is shaping up to be an interesting contest with possibly two horses having a chance of knocking out the Apollo curse, by winning the Derby without having raced at two-years old. The Dubai World Cup is Saturday and pits West Coast, the heir apparent to the top older horse in training in the US, against Talismanic the winner of last year’s Breeders’ Cup Turf. Saturday is also Florida Derby day at Gulfstream Park and that major Kentucky Derby prep will anchor a stakes filled card to end the Championship meet.

Something else will be happening at Gulfstream Park on Saturday. There will be a mandatory payout of the Rainbow 6 pool provided there is no single ticket winner between now and then. You can rest assured there are sharks in the water trying to spoil the big plans for the Rainbow 6 on Saturday, which if it carries could create a record Pick 6 pool. The pool has been “snaked” before leading up to a mandatory payout, but I have a feeling that won’t happen this go around, although I will admit I’d love to play the spoiler.

With the carryover between 4 and 5 million, actually closer to 5 on Saturday, we should see a pool somewhere between 20-25 million dollars. The fact it is Florida Derby day will help grow the pool, as Gulfstream will be a main focal point of horse racing across the country. I can see the pool going higher than the amount I projected, depending on the card, which has not yet been drawn.

The Rainbow 6, at a 20-cent minimum wager, has both supporters and detractors. I am a supporter, as I think any potentially life changing wager is good for the game and the players. As someone who has hit Pick 6’s from 100-500k more than my fair share of times and been alive for upward of a million dollars to one horse. I can say it is a thrilling wager that can be satisfying and obviously rewarding when you’re right. It can also be devastating when you are wrong, or worse get beat even when you zig zagged correctly. Which is why, under normal circumstances, the Pick 6 is not for everyone and certainly not for the faint of heart.

Saturday is not going to be normal circumstances, which is why everyone should be in the pool. Both regular Pick 6 players and even non-Pick 6 players should be going after this one.

A pool of 20-25 million dollars negates any argument about takeout. Takeout won’t matter regardless of one’s position on it. The 20-cent minimum, along with the massive pool and mandatory payout, levels the playing field considerably for smaller and especially medium monetary bettors. The big syndicates and robotic partnerships don’t have their normal huge edge over everyone else in the pool. This is your chance to compete with them and win with a few hundred-dollar ticket, with what may cost them thousands to win.

Saturday is like an enormous Pick 6 pool with a gracious discount for the bettor. We don’t get discounts often, so when we do, I say seize them. I look at it this way. I can buy 10k of coverage in the sequence for 2k. Or 2k coverage for $200. This is both a great equalizer and opportunity. A well-structured ticket, with a fair investment and some solid opinions, has an excellent chance of winning a more than fair return.

While the likelihood of a single ticket on Saturday is improbable, it really should not matter. Even if the day chalks out, which of course we all hope it doesn’t, you could wind up okay. There won’t be many, if any, single ticket possibilities going in, so I wouldn’t go in or approach it with that goal. I’d go in looking to beat the giants and whales at their own game and get even and then some.

Everyone in the pool. See you there.

Since childhood, Jon has always had a deep love and respect for the Sport of Kings. His years of experience have earned him a well respected spot in the industry as a handicapper. He now is a frequent contributor to AmWager as well as writing for his own site.
Related Posts
Go to Top