ANY of the nine entered can win, which is why the three horses opening at the highest odds in the field (12/1) are the horses to look at first when considering our bets- Sibelius, Market Alert and Hammerin Aamer. They have no knocks, particularly when offered decent value for win bets. On the other hand the two morning line favorites, Highly Motivated (5 to 2) and Stage Raider (3/1), although with a chance, don’t warrant their low odds. Highly Motivated finished a poor fourth of 10, without any notable trouble, in his April 16 comeback from nearly a year off. The MAIN reason he was bet down to 7 to 5 in that race and opens as the favorite here is he is trained by Chad Brown and he ran well early last year on the Road to the Derby when missing by a neck in the Blue Grass before a 10th place effort in the Kentucky Derby. My response to that is “SO WHAT” because he’s now a four year old, who apparently had issues which kept him away for a year, and his comeback wasn’t that great. Stage Raider is a half-brother to Justify and like Highly Motivated is trained by Brown and was considered a decent three year old, although he NEVER ran in a stakes. He returned from 10 months off in March and finished a poor fifth as the favorite, then last month at Keeneland he ran second from start to finish also as the favorite. Again, SO WHAT?, although I’m glad these two will take a lot of money.

Sibelius gets blinkers and a jockey change to Saez. Saez rode him just ONCE previously, in his second career start last April when he wired the field to win. The blinkers suggest the strategy will be to send again and there is NO OTHER horse in the field that shows a wire-to-wire win so that strategy, particularly when used by an aggressive rider like Saez, could pay off nicely. The horse isn’t in bad form either because although sixth at the level on 4/30 he finished second at 34 to 1 under the same conditions on April 2.

Market Alert has earned two of his four career wins at Belmont and one in a one-turn route like this one. That win came one before last at the one lower NW1X allowance level, at Aqueduct and at odds of 22 to 1. He dueled on fast fractions on the lead in a similar race last month, with Sibelius as a matter of fact, before fading to third, but Jose Ortiz gets on and it’s likely he knows he can’t go with Sibelius this time. Market Alert earned his last two wins (before the one in March) from off the pace and when those tactics are used here he could be the one getting up past Sibelius late like he did last November at Belmont.

Hammerin Aamer has been claimed NINE times in the past 18 months and he really doesn’t care what trainer’s barn he’s in. He’s won seven of 20 in that timeframe, including last out in a one turn mile at Aqueduct where he was claimed by Linda Rice. Even with 12 career wins, he’s never won at this second allowance level and that’s why there’s a ton of incentive today as Rice can turn the $40K claiming price into the $56K winner’s share of the purse and still have the horse to race again.

Win bets: Sibelius, Market Alert and Hammerin Aamer can be bet at odds of 4 to 1 or more. The strategy should be to bet TWO of the three, whichever are the highest odds near post time.

The best way to capitalize on betting two horses to win, especially when their odds may high as is the case here, with the goal of maximizing our profit, is to “Dutch” the bet, which means to prorate it based on the odds. Amwager.com has a free and easy to use Dutching Tool available where you can set the amount you want to bet, or the amount you want to win, and the math is done for you. This is just one of many tools, and perks, available to the bettor at Amwager.com

Sibelius, Market Alert and Hammerin Aamer over all.

This is an optional bet as win bets may suffice, but if we only bet two of the three contenders to win then the exacta using the other over all covers the decent possibility the one we left out may win, and at high odds.

There are only two win contenders here in my opinion – Carpenters Call and Mid Day Image. They open at 9 to 2 and 5 to 1 odds, respectively, which is fine because there’s a vulnerable favorite in the field in Analyze It. Analyze It us a seven year old who has earned $941,150 in his career but who is coming back from five months off and has been GELDED since his last start in December. He’s trained by Chad Brown, which raises a number of questions to which any of the answers are not good. Why does this horse have no value as a sire? Why was he gelded in March as a seven year old? Why is he based at Monmouth when Brown’s “A” string is in New York. Additionally, when returning from a six month layoff last April in an identical $100K non-graded stakes, Analyze It finished seventh as the six to five favorite, so there are many reasons to believe he is not going to win.

Carpenters Call has a fine record of 3-2-1 in seven starts but better still has earned all three wins in his four grass races. Trying turf for the first time four back in December, he won THREE in a row before settling for third in the Grade 3 Appleton Stakes last month, a MUCH TOUGHER race as compared to this listed stakes. Alvarado was up for all three wins, not for the loss, and gets back on and those are reasons to believe Carpenters Call can rebound to winning form.

Mid Day Image is three for five on the Monmouth turf and eight for 15 on turf overall. He loves to win and like Carpenters Call, Mid Day Image was overmatched last month in a graded stakes, the G2 Pan American, also at a mile and one-half which he’d never run before. He’s four-for-four at this trip and won at the distance one before last by five lengths in an effort more than good enough to win here if repeated.

Win bets: Carpenters Call and Mid Day Image at odds of 2 to 1 or higher.

Although she has just one race on her resume, Chardy Party must get top billing in this year’s Soaring Softly Stakes based on how easily she won in her debut on April 27. Getting the often disadvantageous rail, the filly broke a little slowly but under the guidance of jockey Irad Ortiz, Jr. (who rides again in this race), the filly relaxed in ninth of 10 in the early stages. Although 10 lengths behind the leader after a half-mile had been run, Ortiz, Jr. didn’t even ask her to run until after the field turned into the stretch, where she exploded in the final three-sixteenths of a mile to go from four and one-half lengths back to a half-length in front, expending very little energy in the process. The 82 Equibase Speed Figure wasn’t the fastest last race figure in the field but given the ease in which the filly won she could have run much faster if needed. Add to that, Chardy Party is likely to improve physically and mentally off that debut particularly as (based on a Race Lens query) trainer Wesley Ward has a 5 for 14 (36%) record with horses in turf sprints going from a maiden win to a stakes in their second career starts over the last five years. With a much better outside post than she drew in her first race, Chardy Party has a big chance to win this year’s Soaring Softly Stakes.

Wonka was equally impressive when winning on the grass in her most recent race. That was the second of her career, near the end of March, and it was in a two-turn race at Gulfstream Park. Relaxing in fourth of 11 in the early stages, Wonka advanced quickly from third to take over and draw off to win by a couple of lengths. What was notable about that effort was how easily she responded when asked to run, and the fact that her jockey rode her by hand without every using the crop. Not only did Wonka earn a strong 88 figure in victory, a 10 point improvement off her debut figure when second in January, she was flattered when the runner-up won her next start and improved by another 10 points from 84 to 94. Considering the fastest figure in the field belongs to Haughty, a 103 figure earned when fourth in the Breeders’ Cup Juvenile Turf last November, if Wonka improves by another 10 points similar to the horse she beat last time out improved, it would be good enough to win this race.

Derrynane is yet another with every right to win this race and she’s already a stakes winner on grass, having captured the Woodbine Cares Stakes last September. She returned from five months off on April 15 and closed strongly in the stretch to go from sixth to be beaten a neck on the wire. In doing so Derrynane improved to a career-best 95 figure and so she’s another who, if logically taking another step forward, can run well enough to win.

Haughty won the first two starts of her career, both on turf, last September and October. Next she was pretty well regarded when sent to post at 6 to 1 odds in the Breeders’ Cup Juvenile Turf, in which she closed strongly in the last quarter mile to go from sixth to third, missing second by a neck, earning a career-best 103 figure in the process. We should not be concerned about the filly coming back from nearly seven months off, because trainer Chad Brown won the 2019 Soaring Softly Stakes with Seek and Destroy who was also making her first start off a similar layoff.

Win Bets: Chardy Party and Wonka at odds of 5 to 2 or higher. 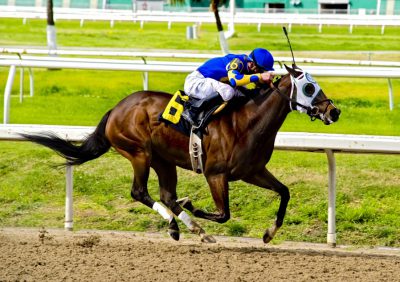 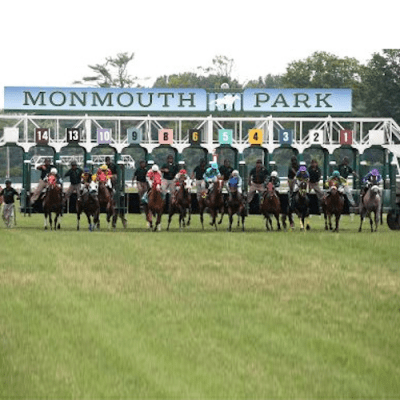