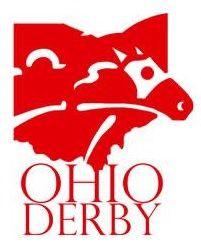 Jockey Javier Castellano did a great job, sitting back early in ninth ofthe 10-horse field early in the 1 1/8-mile contest. He then moved Mo Tom wide and won going away by 3 lengths.

A full field of 10 three-year-olds looking for a Derby win, no not that Derby but rather the Ohio Derby with a $500k purse.

The morning-line favorite is Mo Tom (5-2) for trainer Tom Amoss. The Uncle Mo colt’s early career can be described by one phrase “troubled trips.” After winning the Grade 3 LeComte in January, Mo Tom has raced three times and finished no better than third due to several less than ideal trips. When you see “checked sharply”, “checked badly”, and “steadied; fanned 7 wide” you know the horse is due some racing luck.

He has not raced since finishing eighth in the KY Derby and looks to have been pointed to this race. Mo Tom shows several sharp workouts at Churchill Downs and you get the money man Castellano in the saddle. What is not working in his favor for this race is the lack of early pace in the race. Mo Tom is a closer and his best efforts have come when he has speed to chase down on the front end. While he should be flying at the end, his late kick may come up a bit short at the wire.

The pace of race will most likely be set by Mo Dont No (15-1), another Uncle Mo offspring, who is coming out of six-furlong sprint races. While he is stretching out in distance for the first time, he may get awful brave on the front end and may last just long enough to pick up a piece in the lower exotics. Mo Dont No that he can’t win the race but I do.

Adventist (3-1) is an interesting runner in this race. The Any Given Saturday colt has been competing in graded stakes events for most of his career after breaking his maiden first time out. He then ran in the Grade 3 Withers where he finished a respectable third. While he has failed to reach the winners circle since his debut, he has run respectably and picked up a check in every start. He is a stalker and his versatile running style should have him in the mix. Aaron Gryder takes the reins for this race, which in my opinion is a negative as I would have liked to have seen Ortiz or Carmouche travel to take the mount. That being said, I can see him filling out the exacta or trifecta.

You can’t mention a Derby without a horse from Todd Pletcher’s barn and his entry in this race in Decorated Soldier (12-1). The Proud Citizen colt did not run well in his last race as he finished 5th, beaten eight lengths in the Grade 2 Peter Pan. Before that outing, he won the one-mile Northern Spur. He shows a solid work pattern coming in and Velazquez makes the trip to retain the mount. While I expect him to run better in this spot, I believe the winner’s share may be out of his reach.

The value horse that I believe could pull the upset is Wild About Deb (5-1). Trained by Phil D’Amato, the Eskendereya colt is lightly raced with only three starts but showed early talent as he was put into stakes company after breaking his maiden in his second start. In the Grade 2 Peter Pan, Wild About Deb sat a mid-pack position and ran admirably to finish third to Unified and second place finisher Governor Malibu. With the additional seasoning gained in that race, Wild About Deb could be primed for his first stakes race.

It’s also worth noting his jockey, McCarthy gave up his mounts at Pimlico to ride in this race. He may get first jump on Mo Tom, which could help him pull the upset. If that’s the case, I’ll be Wild About Deb also.

NOTE: Papo Morales and Don Knobel will cover the G1 Gold Cup & G1 Triple Bend at Santa Anita, the G3 Bed O’ Roses at Belmont, and the Ohio Derby on the Down the Stretch radio show will air this week from 10 to 11 am ET on IHeart Radio & 790AM Louisville. To access Don’s racing sheets, visit DownTheStretch.net.