Papo picks the Fourstardave at the Spa 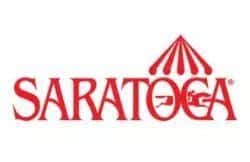 NOTE: Papo picked this race last week, and made some of his decisions based on the rain that ultimately washed out the day. While he still likes Force the Pass as his key horse, please follow his twitter feed at https://twitter.com/papocore1 for updates and thoughts. Additionally, listen to his analysis of this race plus other Saratoga and Del Mar Stakes on IHeart Radio at 10-11am ET.

A contentious field of 10 (one entered as main track only) older horses looking for grade one honors in the this one mile turf race. The handicapping puzzle begins with the weather report which is calling for a 60% chance of rain. With the likely threat of thunderstorms I am handicapping this race as if it is going to be run on good to soft ground which improves some horses chances while diluting others.

The morning line favorite is Tourist (5-2), for trainer Bill Mott. The Tiznow five-year-old is coming out of a second place finish in the Grade 1 Shoemaker Mile at Santa Anita. While he has not raced in two months he has proven he can run well off the extended break. He should be stalking the early pace and look to make his move down the stretch. He is a win contender but others in this race offer more value and, for that reason, I will look to beat him for the top spot.

Ring Weekend (3-1), for Graham Motion, has been a favorite of mine since he won the Tampa Bay Derby in March of 2014. Motion then transitioned the Tapit gelding to the turf and he has shown an affinity for the surface, finishing in the exacta in six of seven career starts on the lawn. While foot problems have limited him to two starts in the last 17 months, he has a win and second place finish in those races. He is proven on turf rated both good and soft, which may enhance his chances with the expected give in the ground. I expect him to run very well in this race and will have in the mix in all my wagers. However, he is a bit light on workouts coming in, so I will look to another for my key horse.

Two horses who’s chances of winning this race are helped by the good/soft turf expected are Blacktype (10-1) and Takeover Target (7-2). Blacktype has stepped up his game in 2016 winning two of four starts including the Grade 3 Oceanport that was run over a yielding course. That race was on July 31st and the fact that Clement wheels him right back into this race on only two weeks rest intrigues me. Takeover Target was initially pointed to Arlington Park this weekend but instead his trainer, Chad Brown, decided to keep him home in anticipation of the wet weather. The mile distance may be a bit short for his closing style, but I can see him flying at the end and being right there at the wire.

Grand Arch (8-1) is a bit of a mystery in this race. The seven-year-old Arch gelding won this race last year and capped off 2015 with a win in the Grade 1 Shadwell Turf Mile and a third in the Breeders’ Cup Mile. He made his 2016 debut at Pimlico in May and ran a very good third in the Grade 2 Dixie Stakes on a good turf course. He then failed to show up in his next start, finishing last, in the Poker Stakes at Belmont . If you are willing to forgive that effort, then he can dangerous in this race at a good price.

As for my key horse, I landed on Force the Pass (8-1) for trainer Allen Goldberg. The Speightstown colt had an outstanding 2015 with six exacta finishes in eight starts. He has a stalking style which may help him get the jump on the closers in this race. While he has never run at Saratoga, this distance may suit him best as he has three wins and four seconds in eight career starts at a mile. I like his work pattern coming in and his speed figures have improved with each successive start this year. The price is right and I’ll be looking for Force the Pass to finish first in the Fourstardave.

If playing the vertical exotics you may want to include Reporting Star (30-1) in the bottom positions as he is four of seven at the distance, puts blinkers back on, and has won a turf courses rated good.