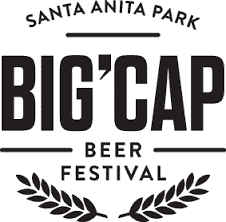 ARCADIA, Calif. (March 8, 2017)–Jimmy Jerkens’ Shaman Ghost and Phil D’Amato’s Midnight Storm head a competitive field of nine older horses in Saturday’s Grade I, $750,000 Santa Anita Handicap at a mile and a quarter. America’s longest continually run “hundred grander,” the Big ‘Cap, which was first staged in 1935, will be run for the 80th time at The Great Race Place.

A solid second to the mighty Arrogate in the $12 million Pegasus World Cup Invitational on Jan. 28 at Gulfstream Park, Shaman Ghost will be stretching out a furlong for Jerkens, while Midnight Storm, a winner of five out of his last six starts, including his last two, will try to stretch his speed out off a front-running tally here in the Grade II, 1 1/16 miles San Pasqual Stakes on Jan. 1.

SHAMAN GHOST: Based with Jerkens in south Florida, this 5-year-old son of Ghostzapper could rate top billing as he exits what appears to be the best race of his career in the Pegasus, a race in which he was beaten 4 ¾ lengths. A winner of the prestigious Grade I Woodward Stakes three starts back on Sept. 3 at Saratoga, he earned a career-top Beyer Speed figure of 112 in the Pegasus and will hope to be in high gear under four-time Eclipse Champion Jockey Javier Castellano on Saturday. Owned by Stronach Stables and bred in Ontario, Canada by their Adena Springs, Shaman Ghost showed good early foot in the Pegasus, easily outrunning California Chrome to the first turn. With a win and a second from three tries at a mile and a quarter, Shaman Ghost’s connections will hope Midnight Storm gets plenty of early pressure on the front end. Coincidentally, Castellano, who will be riding in his first Big ‘Cap, burst upon the national scene by guiding Ghostzapper to victory in the 2004 Breeders’ Cup Classic. Jerkens, in his first Big ‘Cap attempt a year ago, was third with Effinex. Stronach Stables will be looking for their third Big ‘Cap score, as their homebred Milwaukee Brew won the race in 2002 & 2003. Shaman Ghost is 14-6-2-2 overall with earnings of $3,089,311 ($1,750,000 of which was derived from his second place finish in the Pegasus).

MIDNIGHT STORM: Thought to be most effective on turf, D’Amato shifted gears following his third place finish three starts back in the Grade I Breeders’ Cup Mile (turf) here on Nov. 5 and tried him in the Grade III Native Diver Stakes, run at 1 1/8 miles over a “good” main track at Del Mar on Nov. 27. The result was a dominating gate to wire win by 7 ¾ lengths, which led D’Amato to begin plotting a course to the Santa Anita Handicap. A 1 ¼ length winner on a wet fast surface in the San Pasqual Jan. 1, there’s no mystery as to how the 6-year-old full horse by Pioneerof the Nile will approach the Big ‘Cap, as it’s fully expected he’ll be sent to the lead straight out of the gate. Owned by A Venneri Racing, Inc. and Little Red Feather Racing, Midnight Storm was off the board in his only career try at the Big ‘Cap distance. With earnings of $1,461,110, he has an overall record of 21-10-3-1.

IMPERATIVE: A 7-year-old Bernardini gelding, he comes off one of his best-ever performances, a head victory in the 1 1/8 miles Poseidon Stakes at Gulfstream on Jan. 28, which was also his first start for trainer Bob Hess, Jr. He’s another that would benefit from a fast pace as he tries to break an 0-9 slide at a mile and a quarter. Owned by Loooch Racing Stables and Imaginary Stables, he’s a sharp horse whose connection are out to prove his last race was no fluke. With one win from 14 lifetime starts at Santa Anita, Imperative is 36-5-8-3 overall with earnings of $2,240,790.

FOLLOW ME CREV: Always highly regarded by trainer Vladimir Cerin, he rallied boldly from off the pace to take a 1 1/16 miles classified allowance here on Feb. 20–overcoming a seven month respite. Owned by David and Holly Wilson, this 5-year-old Quality Road gelding was forced to miss last year’s Big ‘Cap due to a minor injury and will hope to be rolling late in his first attempt at a mile and a quarter.