The Final Day of the Melbourne Cup Carnival 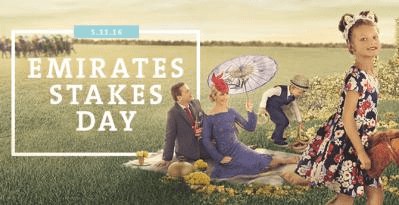 A snapshot of Saturday’s Group One Emirates Stakes, which was formerly known as the Mackinnon Stakes, and run on the final day of the Melbourne Cup carnival.

* First run as the Mackinnon Stakes in 1869 when won by Glencoe and for many years a traditional lead-up to the Melbourne Cup.

* Shifted the first to the last day of the Melbourne Cup carnival this year.

* The old Emirates Stakes (1 m) was run as the Cantala Stakes on Derby day.

* Nine of the past 11 Mackinnon Stakes winners contested the Cox Plate at their previous start.

* Scottish is one of two internationals in the race along with French horse Vadamos.

* After the Emirates, trainer Paul Beshara is planning to give Happy Trails one more start in Perth before he retires the horse.

WHAT THE KEY PLAYERS ARE SAYING:

“He’s a Group One-winning colt and hoping he can show that on Saturday.” – Trainer Chris Waller on Vanbrugh.

“Scottish is in great nick. delighted with He couldn’t be any better and dropping back in trip will suit him.” – Godolphin’s English trainer Charlie Appelby.

Matthew Dale has deliberately chosen to be a country trainer taking on stables with hundreds of horses to his 30.

Even if he succeeds in winning his first Group One race with Fell Swoop in Saturday’s $1 million Darley Classic, Dale has no plans to move his boutique Canberra stables.

Restricting his horses in work to 30 and having relatives nearby as he raises a young family has provided the right work-life balance for Dale, who rides up to eight of his horses in morning trackwork.

“I’ve had a number of offers to go to the city but Canberra’s a really good training centre,” he said.

“The game can be all consuming sometimes and I love it and I want to continue to love it. For me it’s a balance.”

Choosing to maintain a country stable and set a 30-horse limit has meant it has taken longer to attract the better horses.

“It’s taken a little while to prove that we can travel effectively and win better class races but it’s happening and we’re starting to get a higher class horse into the stable so it’s good.”

The bigger stables may have many headline horses, but Dale has his own in Fell Swoop.

The sprinter arrived at Flemington early on Friday morning after being floated down with stablemate Rocket Commander, who runs in the Group Two Matriarch Stakes on Saturday.

Fell Swoop has been close to an elite-level win having finished second in three Group One sprints this year.

“It would be great to win one, but we can’t focus too much on that,” Dale said.

“You’ve just got to worry about getting the horse there in good order and that’s how he presents tomorrow.”