Hawthorne Race Course is a horse-racing track in Stickney/Cicero, Illinois, United States. It opened in 1891, at Laramie Avenue.

1890 – The history began when a Chicago businessman who owned the 1890 Kentucky Derby winner, Riley (by Longfellow), Edward Corrigan, purchased 119 acres (0.48 km2) of land in Cicero and began building a grandstand for a new racetrack. 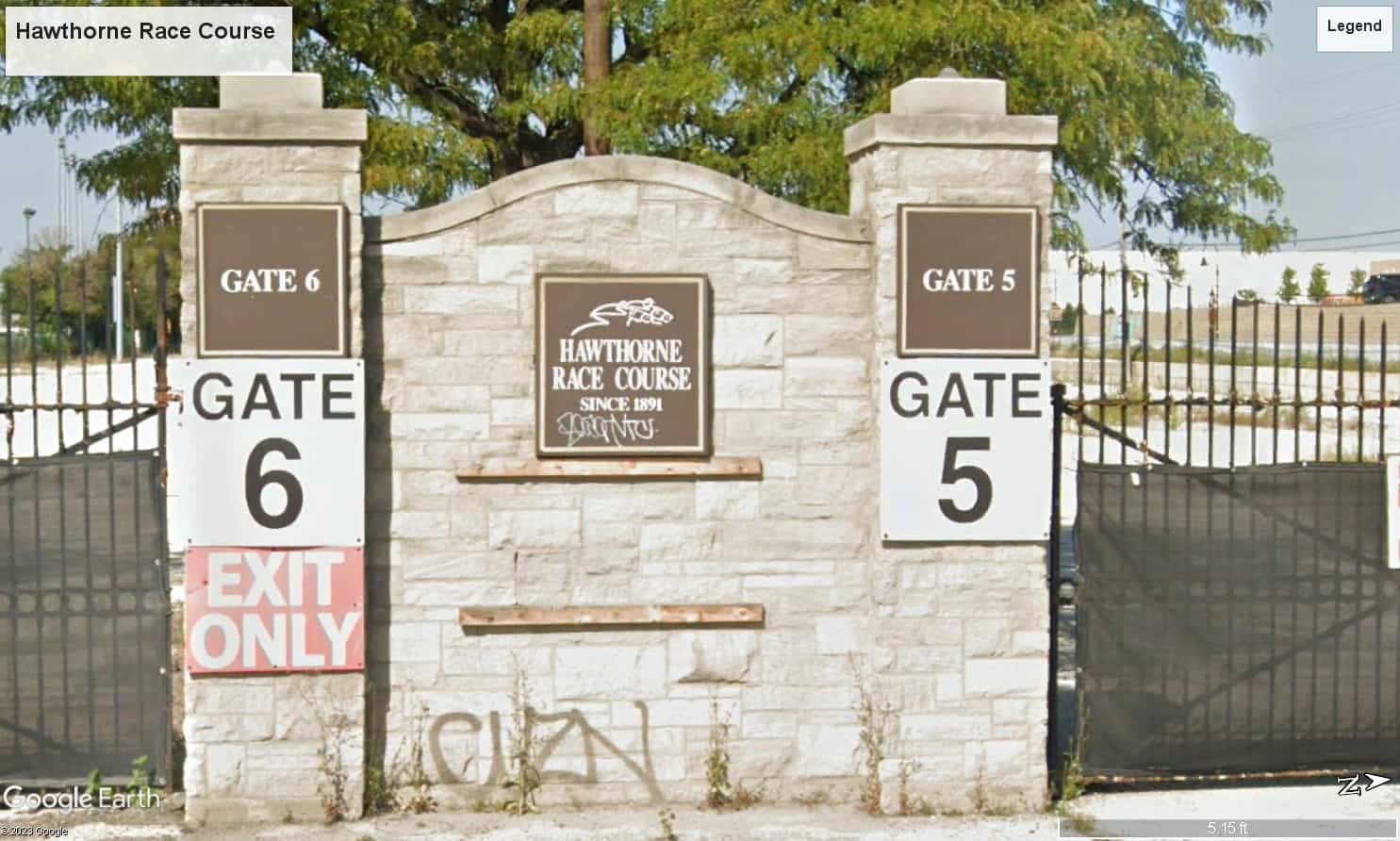 1905 – The racetrack was sold to Thomas Carey. Unfortunately, that year, horse racing was banned in Chicago, leading to its shutdown. Temporarily, the field was utilized by pioneer aviators Victor and Allan Haines Loughead to fly a powered Montgomery glider and a Curtiss pusher in 1910.

1924 – The Chicago Businessmen’s Racing Association took over the racing operations and ran a 52-day meet in the fall. Moreover, a new clubhouse was built, and pari-mutuel betting was introduced.

1931 – An electric timer was introduced at Hawthorne Racecourse, becoming the first major course in the United States to use one.

1934 – A new paddock was built between the grandstand and the Clubhouse.

1940 – The new Bahr starting gate was introduced at Hawthorne Racecourse.

1947 – Robert F. Carey took over as managing director of Hawthorne in 1947 and held that post until he died in 1980. His son, Thomas F. Carey, assumed the role of President and General Manager of Hawthorne Racecourse and still serves as Chairman Emeritus.

1948 – Turf racing returned to Hawthorne race course with a renovated racing stripe and the introduction of a six-furlong turf course.

1970 – Harness racing was introduced in the racetrack and was awarded spring dates, summer and autumn thoroughbred meets, and a winter standardbred meet. The track stopped in September for the Arlington Park meet but started to hold occasional quarter-horse races.

1978 to 1979 – Another fire destroyed Hawthorne’s grandstand in 1978. They tried to move the meet to Sportsman’s Park Racetrack immediately but failed and only successfully did it the next year, 1979.

1980 – The racetrack was officially opened for a 72-day thoroughbred meet beginning at the end of September 1980.

1985 – The fire that burned Arlington Park to the ground caused Hawthorne Racecourse to gain all summer dates except Arlington Million day. From 1986 to 1988, the track also held these summertime meetings.
1998 – A multi-million-dollar renovation was completed in 1998. It includes the addition of four new party rooms, plush outdoor box seats with individual television monitors, a full-service food court, a new tele-timer system, new floors and ceilings, and a new lighting system to accommodate evening harness racing. The racing schedule was also reduced to five days per week.

2010 – Drainage systems on both the turf and dirt courses were upgraded with more turf improvements.

2019 – Hawthorne officials announced they would not hold a spring 2020 Thoroughbred meet while the grandstand and Clubhouse were rebuilt and a racino was added to the facility.

2020 – Hawthorne got approval to become a racino. 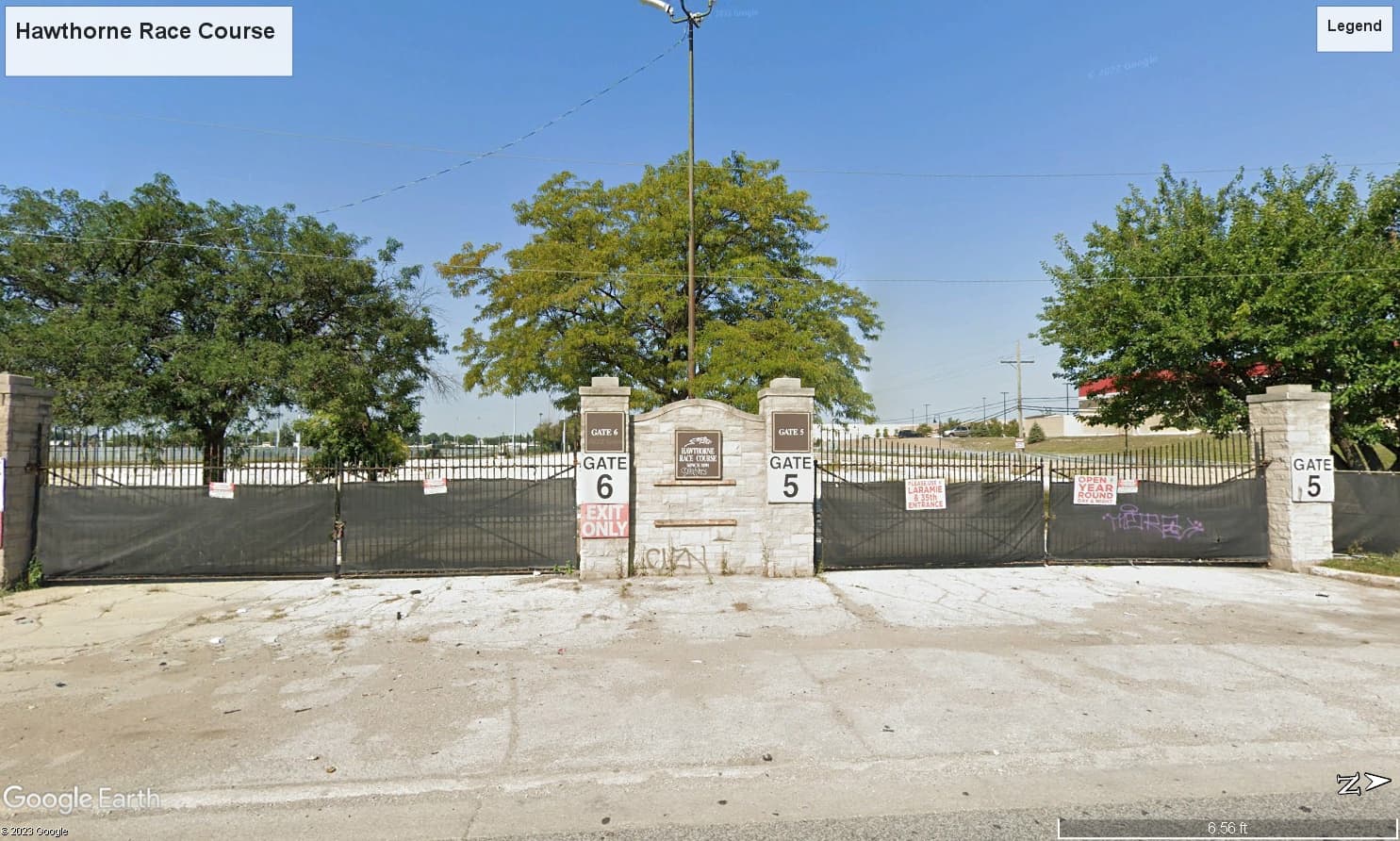 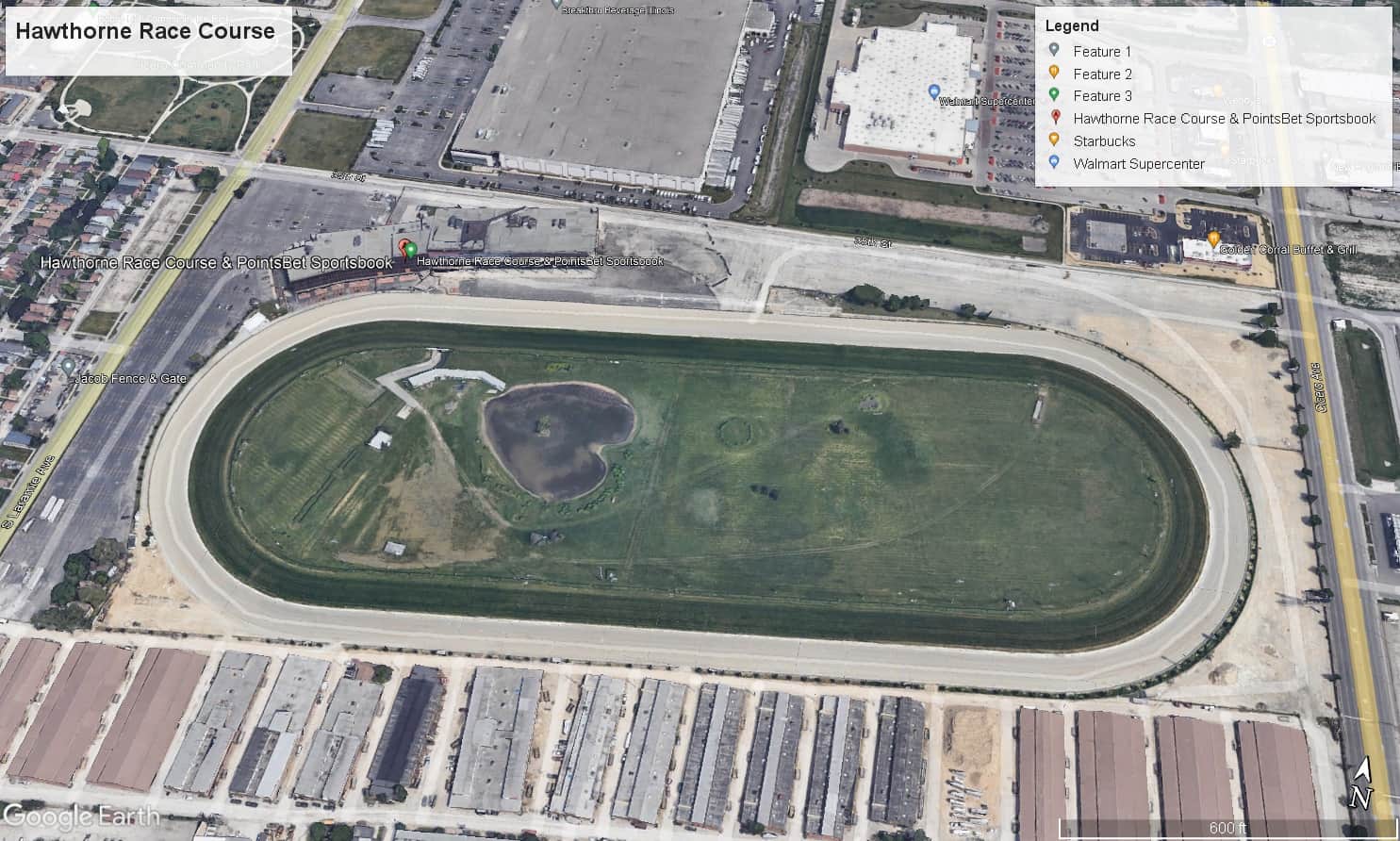 You can also check Hawthorne racetrack entries and results using our AmWager platform for FREE!