Yonkers Raceway is a horse-racing track in Yonkers, New York, United States. It opened in 1899, at Yonkers Ave.

1907 – Originally built for Harness Racing, the thoroughbred racing was brought into the track by the second owner, James Butler, in 1907.

1940 – Pari-mutuel wagering was legalized, and the Westchester track was enlarged and enhanced. As well as the grandstand, clubhouse, dining, refreshment, and other facilities were extended and improved. They also added a new building for pari-mutuel machines at the end of the grandstand.

1948 – Algam Corporation, led by William H. Cane, purchased the property from the Butlers.

1950 – Spearheaded by Cane, the ‘Father of the Hambletonian’, the track underwent a major renovation. The facility was renamed Yonkers Raceway, and Cane took over as president. The clubhouse, grandstand facilities, and parking area were enlarged.

1954 – Algam Corporation amalgamated with Yonkers Trotting Association and became Yonkers Raceway, Inc. on July 28. They also acquired control of Algam from Old Country Trotting Association in April. In the same year, Yonkers became the first harness facility to top $2 million in handle in a single night.

1963 –Yonkers Trot and Cane Pace’s previous distance of one and a sixteenth changed to one mile.

1969 – The highest single-night handle at Yonkers was registered on December 15.

1974 – The first eliminations were held for Yonkers’ Triple Crown events, the Yonkers Trot and the Cane Pace.

1982 – The clubhouse was redeveloped, and three new restaurant-pub facilities were added: the J. Butler Saloon, the Tavern 1899, and the Open Hearth Bar.

1983 – The ‘Empire City Trotting Club was established on the upper grandstand adjacent to the press box.

1996 – Yonkers Raceway homestretch was further elongated by 50 percent from 440 feet to its present 660 feet.

2018 – Yonkers abolished the “passing lane” in the stretch.

2019 – MGM Resorts International purchased it from the Rooney family in 2019. 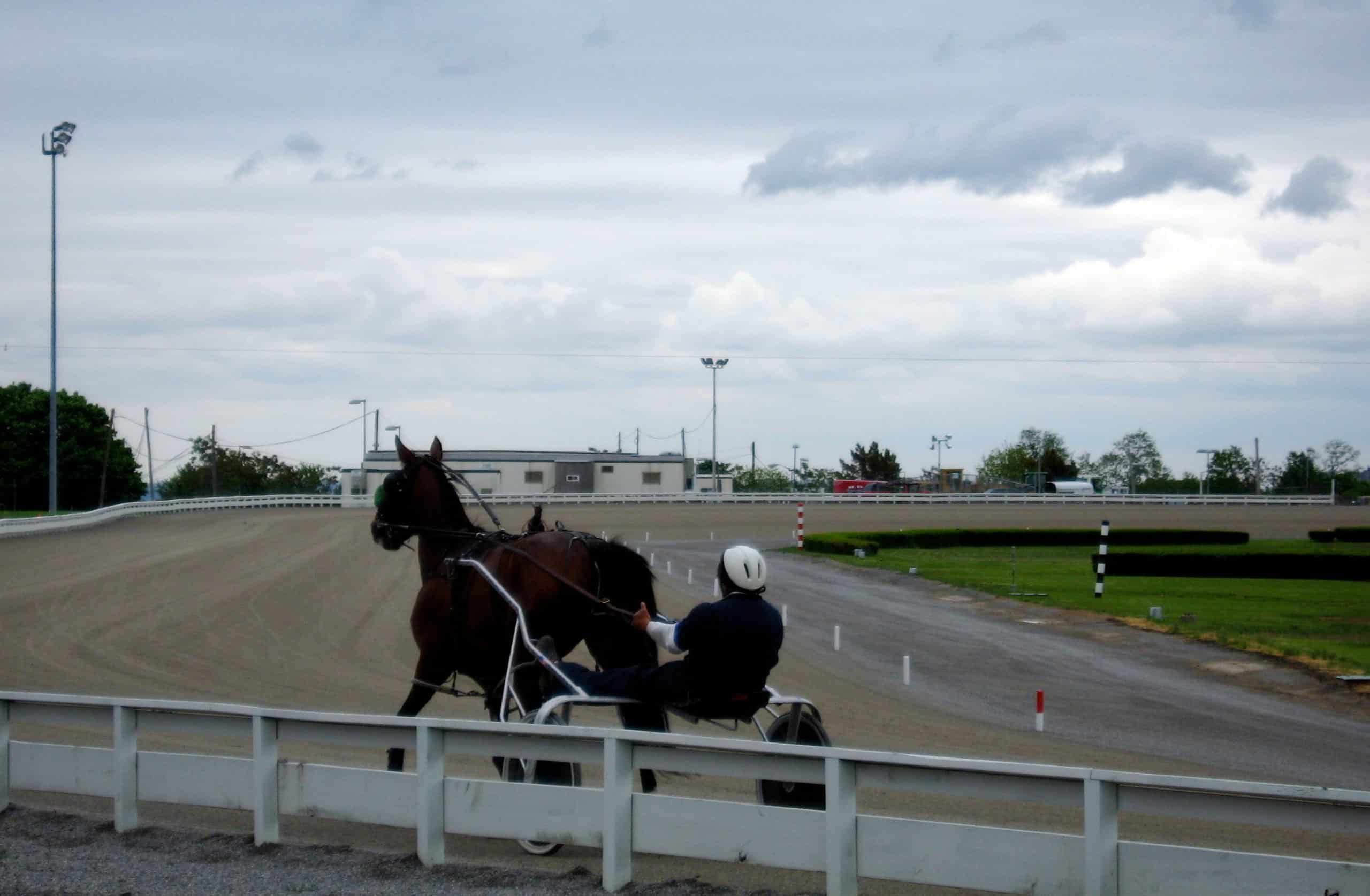 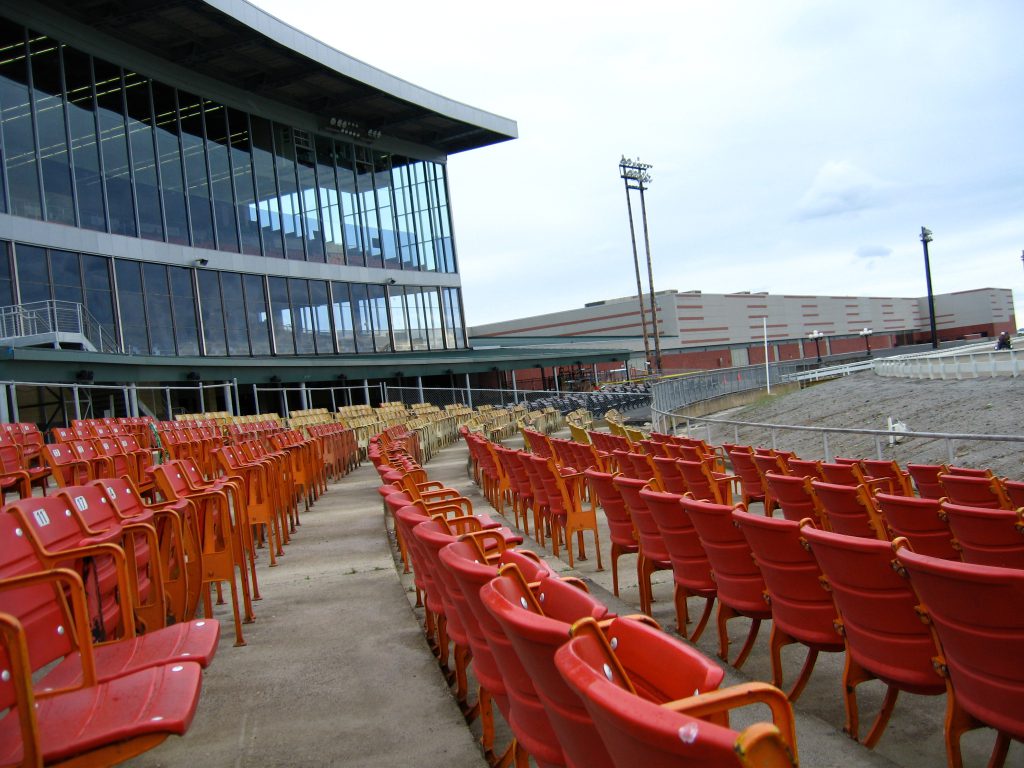 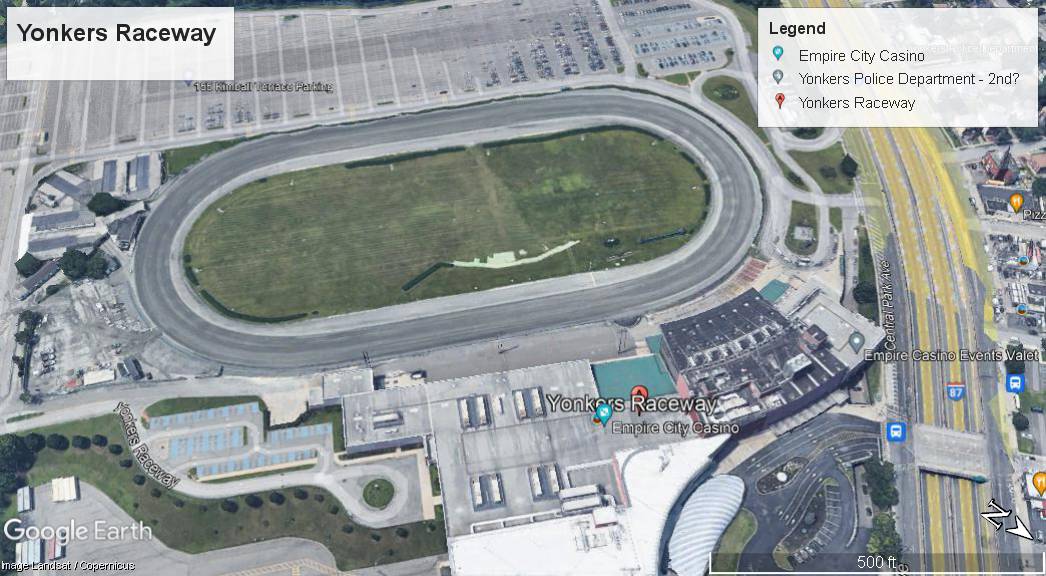 It is located in Yonkers, New York, owned by MGM Growth Properties, and operated by MGM Resorts International. Many Bee-Line bus routes have stops at Empire City Casino, including routes 7, 20, BxM4c, 430, 440, and 470.