Laurel Park is a horse-racing track in Laurel, Maryland, United States. It opened in 1911, at Laurel Race Track Rd.

1914 – Philip J. Dwyer and James Butler purchased the track and appointed Matt Winn as the general manager. Winn is acknowledged as the man who introduced the Kentucky Derby on the racing map.

1918 – The Army Engineers utilized the field as a training camp.

1946 – A fire broke out in the stables and fortunately saved 60 horses. 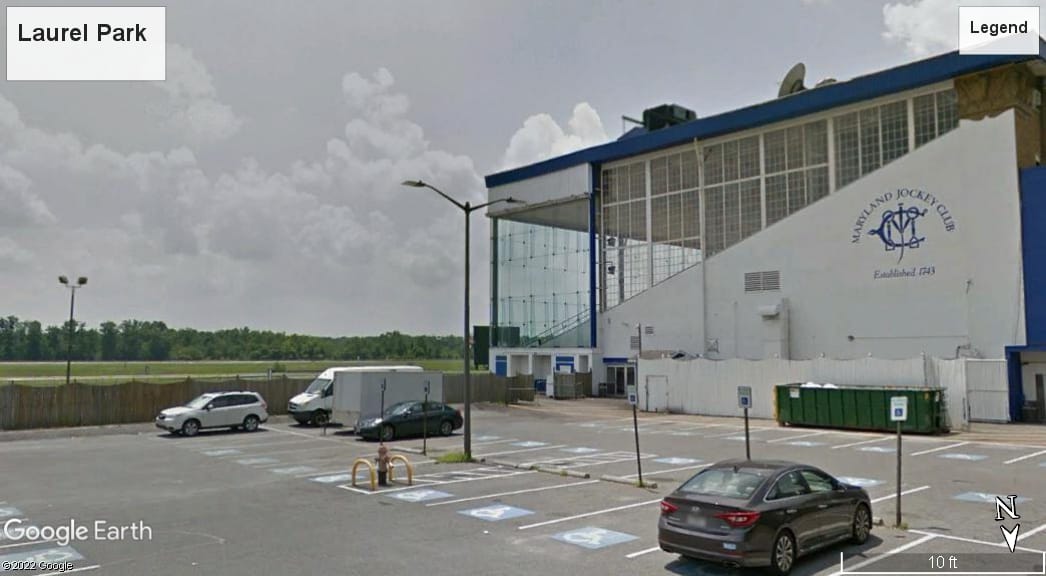 1947 – The Maryland Jockey Club, owned by Timonium and Pimlico, purchased Laurel Park from the Butler estate to shift the Pimlico meeting to Laurel. However, Maryland General Assembly rejected the idea. Hence, the track was sold in 1950 to Morris Schapiro, who appointed his youngest son, John D. Schapiro as the new track president.

1950 – Under the Schapiro era, they renamed Laurel Park to Laurel Race Course, and the Washington, D.C. International was introduced at 1 1⁄2 miles on the turf.

1953 – The track also opened a new clubhouse and turf club.

1954 – Another stable fire occurred and only saved 14 horses.

1959 – Laurel Park race track extended its turf course from seven furlongs to one mile and the main track from one mile to one mile and one-eighth to prepare for the International race.

1964 – The management also remodeled the grandstand and the turf. However, another fire broke out and killed 34 horses.

1966 – Laurel again renovated its clubhouse and grandstand to host winter racing in 1966.

1982 – The track installed an air conditioning system in the grandstand and clubhouse when Laurel Park was granted summer racing dates in 1982.

1985 –  The innovative Laurel project was created and introduced by the Sports Palace. It is a facility innovation that creates an environment of the combined ambiance of a plush casino and state-of-the-art technology. It featured computerized handicapping and a video racing library.

1986 – Another refurbishment to the racetrack, renovating the first floor of the clubhouse. The club bar and concession stands were improved with black marble, brass, and neon accents. It also enhanced the three dining rooms, the Silks Room, the Ruffian Room, and the Sky Suite Club.

1987 – The Laurel Park Race track underwent enhancement and modernized the second floor of the clubhouse. It added two new cinema theaters on the clubhouse’s second level and the other on the grandstand mezzanine.

1989 – Frank DeFrancis died in August, so his son Joe DeFrancis served as president of Laurel and Pimlico.

1994 – During Joe DeFrancis’s management, the track’s name returned to its original name, “Laurel Park,” and underwent another renovation project. It added Public Relations under the direction of Karin De Francis.

1997 – The racetrack had major enhancements in its main entrance, grandstand interior, and backstretch barns.

2004 – Another massive refurbishment occurred, so they closed the backstretch and racing surfaces at Laurel Park from mid-June 2004 to early January 2005 to widen both racing surfaces.

2009 – Despite the major improvements, Laurel Park racetrack went bankrupt in 2009. Hence, it was bought by the Stronach Group, the track’s current owner, until its current physical appearance.

2010 – Penn National Gaming and MI Developments started joint ownership of the Maryland Jockey Club for the operation of Laurel Park.

2011 – The Stronach Group purchased Penn National’s minority ownership of the Maryland Jockey Club in June. In May, Frank Stronach surrendered the management of MI Development in exchange for Magna’s former gaming assets, bestowing him control over Laurel Park.

2013 – After failing to establish slot machine gambling, Laurel Park owners (Stronach Group) publicized their plans to utilize the Maryland Racetrack Facility Redevelopment Account. They planned to use it to finance year-round racing, facility enhancements, and a tunnel under the adjacent B&O railroad tracks, connecting to Laurel Park Station on the Howard County portion of the Racetrack property.

2019 – Part of the agreement between The Stronach Group and the city of Baltimore is the Stronach Group would offer both Pimlico and Laurel Park to newly established government entities that would supervise the properties, with Stronach licensed to host the race meets. Laurel’s grandstand was demolished and replaced with a new one, with new dirt, synthetic, and grass surfaces for racing. They also installed new housing for backstretch workers and new barns. 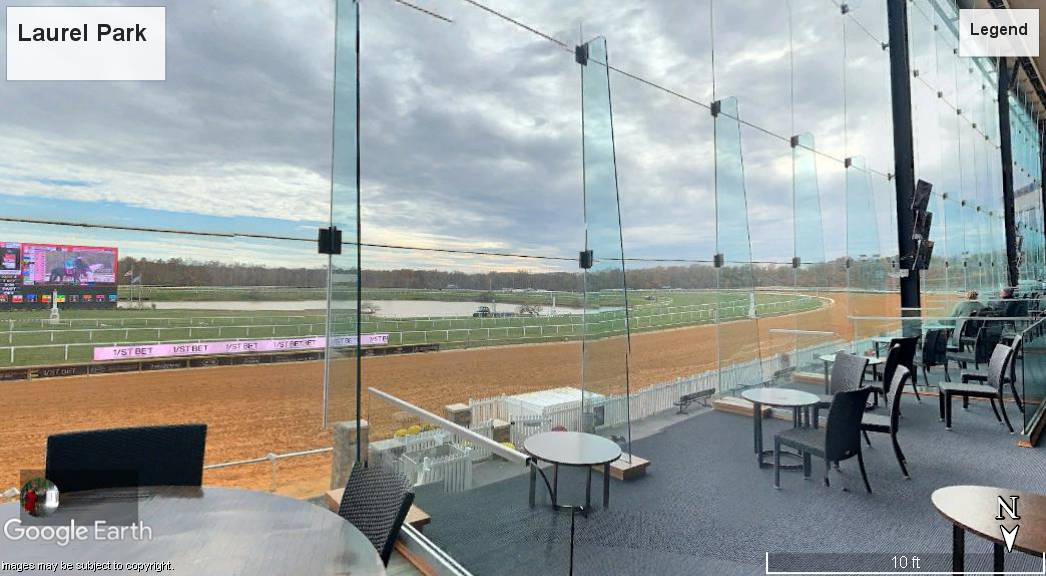 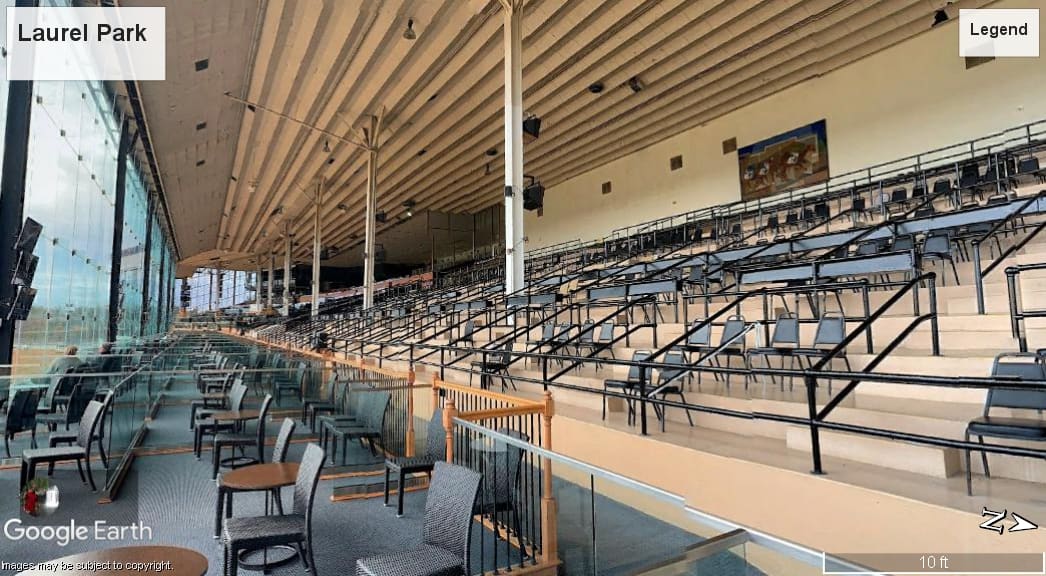 With the Year inaugurated and the season 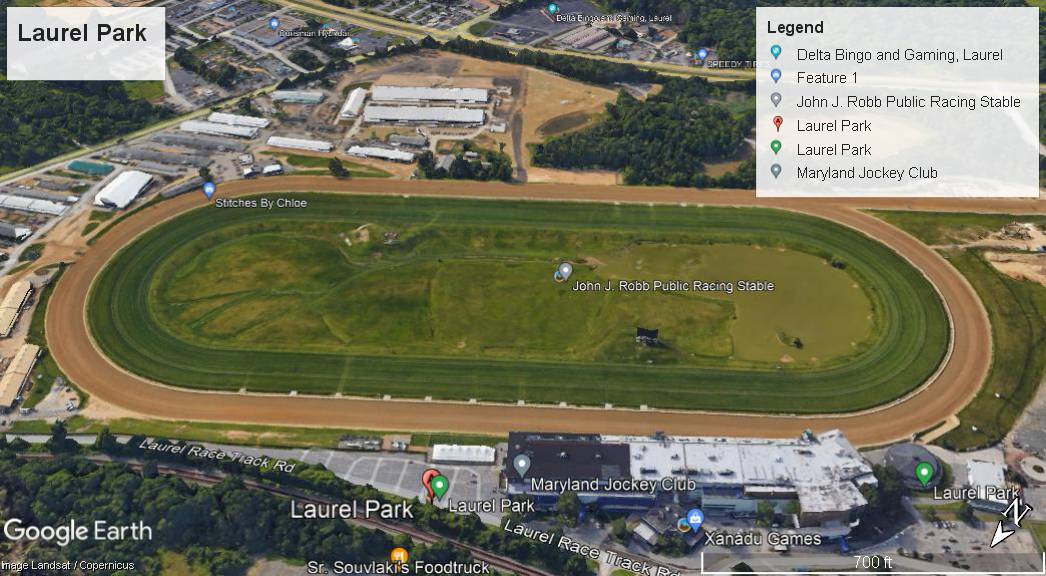 Are you interested in betting now? Why not try our Laurel Park horse racing picks, listen to our podcasts, and have higher chances of winning!