Monmouth Park is a horse-racing track in Oceanport, New Jersey, United States. It opened in 1870, at Oceanport Ave 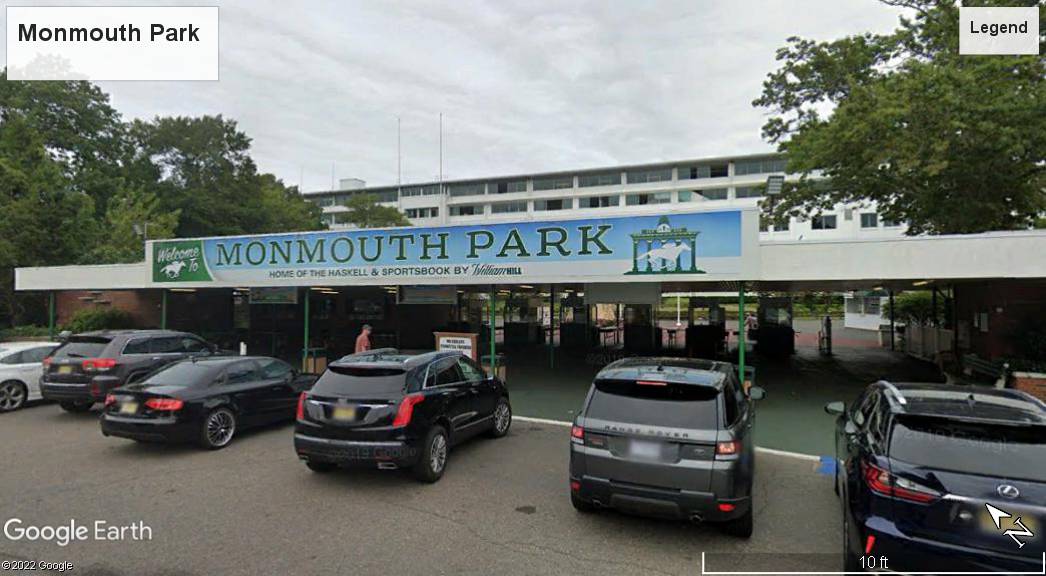 1873 – It was called the “Newmarket of America”, as it became a famous racecourse in England. However, hardships forced the track to close three years after the first Monmouth Park was opened.

1878 – The track was purchased by George L. Lorillard, David D. Withers, George P. Wetmore, and James Gordon Bennett. They restored the grounds and rebuilt the grandstand for four years (1878-1882).

1890 –Monmouth Park’s overwhelming popularity resulted in a new racecourse that stood adjacent to the existing track, and in 1890 the second Monmouth Park was opened.

1894 – Wagering on horses was legally banned on March 21, 1894, resulting in its shutdown. Moreover, the Township Committee at Eatontown, New Jersey, commanded the confiscation and sale of the Monmouth Park Association’s grandstand and other property to pay back taxes in May. It was sold on May 7 at a public auction.

1986 – The New Jersey Sports and Exposition Authority bought Monmouth Park, and many historic, century-old stakes races were reinstated. The Monmouth Cup, inaugurated in 1884, was renamed the Philip H. Iselin Handicap.

2010 – Monmouth Park announced in March about their shortened summer meet, having only 50 days of live racing (from 141) for the 2010 meeting.

2011 – A five-year lease was signed with Morris Bailey to provide a marketing partnership between the casino and the racetrack.

2016 – The luxury restaurant Blu Grotto, named after the Blue Grotto sea cave on the Italian island of Capri, opened in July 2016 at Monmouth Park.

2018 – The Monmouth Park Sports Book by William Hill sportsbook opened on June 14, 2018. It became the first to offer sports betting in New Jersey. 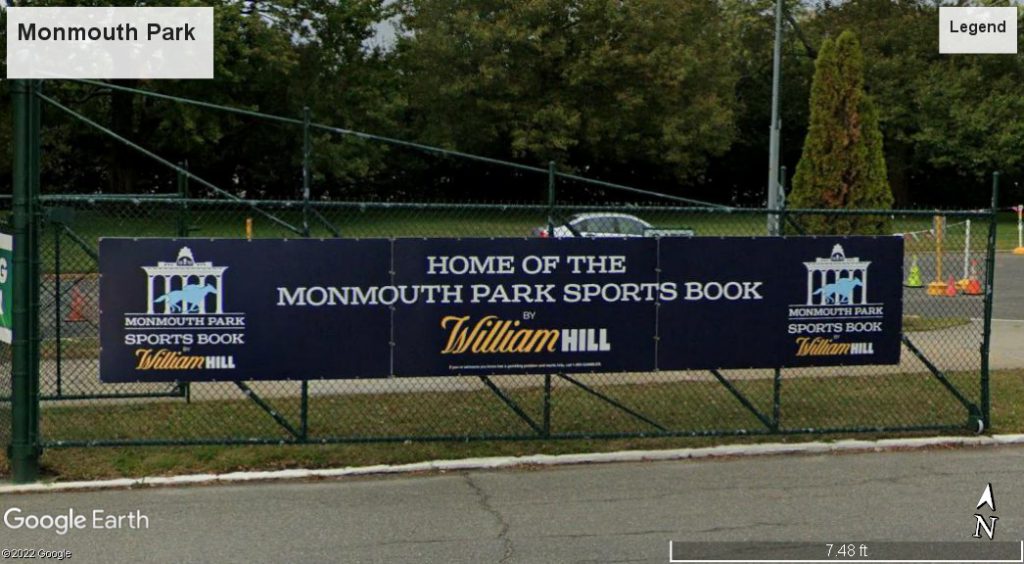 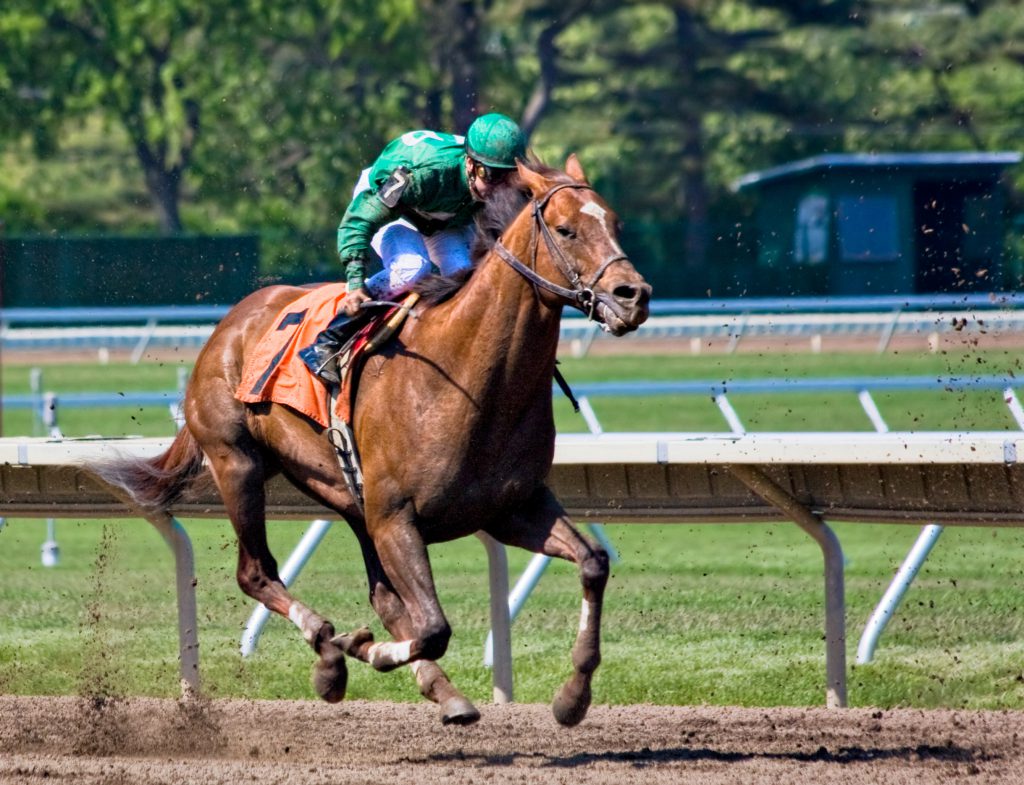 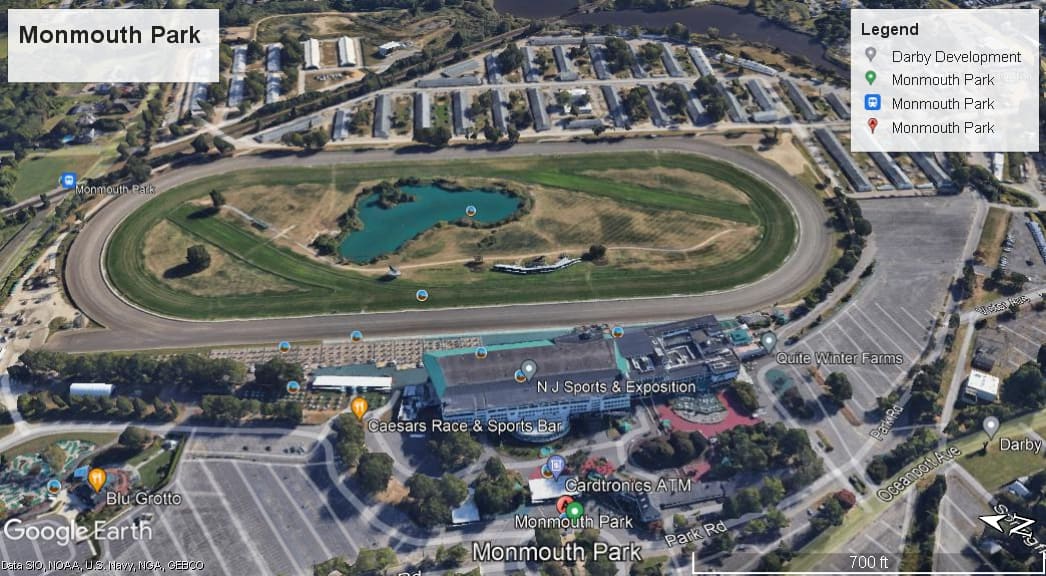